Get ready to reconsider your beliefs about Iran right after you arrive in Iran. Despite all the negative propaganda against Iran being displayed on TV, you will find Iranian people to be super friendly and hospitable. Chances are that you might be asked to open a friendly chat very fast.

Can I talk to an Iranian woman?

Let me tell you what it is really like when you meet an Iranian man or woman for the first time. Generally speaking, the young generation in Iran tends to speak Basic English relatively well and can get their message come across pretty well. They usually start the conversation with the following questions:

When you open a conversation with an Iranian man or woman on the street like this, you might wish to take a walk together on the streets or go to a restaurant together. It is fine to do so as long as you don’t walk hand in hand with each other! In other words, you cannot touch the opposite sex before you marry them.

In fact, you’re required to keep the standard distance when you open a conversation with an Iranian man or woman on the street to show that you respect the Islamic rules in Iran and the police will not stop you to ask about your relationship.

Exceptions do exist especially with the young generation who live in big cities like Tehran. Don’t get surprised if the opposite sex person offers you to shake hands! They’re simply careless about the Islamic rules in Iran.

Can I shake hands with the opposite sex in Iran?

There are a couple red lines in Iran which you as a traveler should consider. Following the Islamic rules in Iran, a stranger of the opposite sex is not allowed to stay at a friend’s house in Iran while being alone with together. The truth is that you are welcome to have meals with the Iranian family. However, take great care not to stay overnight in their private house since you will be in trouble if the police find out about it.

How can I make a girlfriend/boyfriend in Iran?

It is illegal to make romantic relationship in Iran with the opposite sex unless you’re married. However, you could be normal friends like your same sex friends and colleagues. In fact, it’s okay if you want to walk on the street with your non-Iranian boyfriend or girlfriend.

What if I get invited to a party in Iran?

Parties where boys and girls dance and drink alcohol in Iran are absolutely illegal. So you should say no if you’re ever invited to such parties. However, Iranian families tend to be very social and hold family & relative parties, inviting each other over for meals quite regularly. Attending such parties is absolutely fine if you know the family well. Party in Iran is alright as long as you follow the Islamic rules. For example, going to a birthday party is fine if you are sure that alcohol is not served and everybody in the rooms observe the Islamic rules in Iran.

Are you interested to know about the dress code in Iran? Then, check this out https://touringpersia.com/article/1-dress-code-in-iran 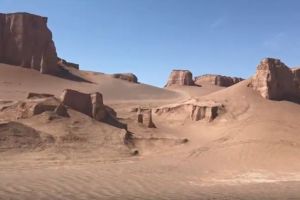